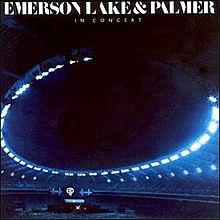 Overshadowed by 1974’s Welcome Back My Friends to the Show That Never Ends…Ladies and Gentlemen and recent releases of Cal Jam (1974) and Nassau Coliseum (1978) shows, the abridged In Concert favorably documents ELP‘s ill-fated 1977-78 tour with orchestral accompaniment. The standout opener, Henry Mancini’s “Peter Gunn Theme” epitomizes the album in that, however slight it may be seem upon first glance, it thoroughly entertains. “Tiger in the Spotlight” in particular benefits from the live setting, while “C’est la Vie” takes on an even grander guise. Though one live version of “Pictures at an Exhibition” may seem adequate for a band’s output, Side Two nevertheless offers compelling instrumental work that may not radically alter anyone’s impression of the group but rounds out the proceedings nicely. 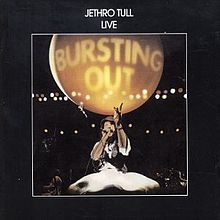 A true lost classic, Jethro Tull‘s first full-length live release finds the band in stellar form throughout and proves reasonably comprehensive as a representation of the band’s output as of ’78. Satisfying as both a live album and an overall production, the double-LP set features strong renditions of “Thick as a Brick” (effectively condensed to under thirteen minutes), “Aqualung”, and Ian Anderson’s flute exhibition introduced by the Stand Up highlight “A New Day Yesterday”. The defining moment, arguably, is a devastatingly heavy interpretation of “Sweet Dream” that improves on the already-great studio recording with blaring keyboard and guitar interplay. Rarely do live albums excel to this degree in regard to set list, cohesiveness, and performance quality. 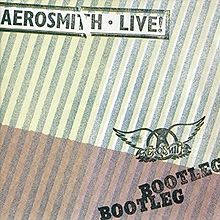 To date the only full-length album capturing the band onstage in the 1970s, Aerosmith‘s deliberately-unrefined live album compiled recordings (of varying degrees of “liveness”) from the band’s five-year commercial existence. Reaching back to a 1973 Boston radio broadcast for stellar renditions of Jimmy Reed’s (via The Yardbirds) “I Ain’t Got You” and James Brown‘s “Mother Popcorn”, the group sacrificed comprehensiveness for historical and artistic value; a number of ostensibly vital cuts, including “Same Old Song and Dance” and “Seasons of Wither”, were omitted, and the group elected to include one of the post-1977, abridged “Train Kept A Rollin” takes. It is thus a testament to Aerosmith’s work that the record continues to inspire with each listen. The improvisation-oriented “Lord of the Thighs” earns every second of its extended running time as Joe Perry unfurls bruising, lurid slide lines. “Come Together”, taken from a rehearsal at group stronghold The Wherehouse, surpasses its studio counterpart and, driven by some biting rhythm guitar, at last recaptures the menace and foreboding of the original. Meanwhile, Joe Perry delves further emotionally into “Dream On” with sparse yet perfectly-suited fills, and “Sight for Sore Eyes” comes across even better on stage than on record. Other catalogues have been left far less. 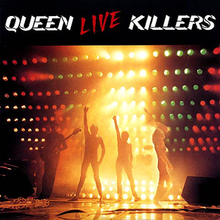 Until 2014’s Live at the Rainbow ’74 the group’s only official live document recorded in the ’70s, the double-LP set compiles the finer moments from Queen‘s 1978-79 European tour in support of Jazz. Though by this point the band had retired the “White Man”/”The Prophet’s Song” medley, “White Queen (As it Began)”, and “Stone Cold Crazy”–by far its heaviest material–the set betrays no lapses in vigor. “Brighton Rock”, the instrumental centerpiece, truly constitutes a “collage of sound” and the consummate expression of Brian May’s electronic ambitions, while the nearly nine-minute “Now I’m Here” gave 1979 record buyers the first glimpse at Freddy Mercury’s penchant for mustering the audience at will. The Jazz material more than holds its own as well, with a winsome acoustic arrangement of the album’s shamefully underrated “Dreamer’s Ball” (featuring Taylor and May on almost-too-effective mock horns). Those looking for an alternative to the band’s work in the 1980s and regular radio fare could conceivably start here. 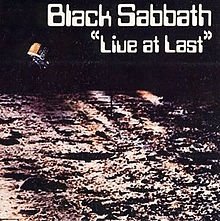 Semi-officially released without consent from the band, Live at Last compiles tracks from Black Sabbath‘s 1973 stops in Manchester and London to form the original lineup’s first live album. Somewhat deficient in sound quality and track listing (“Iron Man”, “NIB”, and “Black Sabbath” are omitted), the album condenses a standard show to one LP but still triumphs with a pre-Sabbath Bloody Sabbath “Killing Yourself to Live” that ignites in the closing jam, a stirring “Children of the Grave”, and a nineteen-minute “Wicked World”. Easily worth the price of the album alone (and Never Say Die! and Technical Ecstasy), the latter traverses diverse musical terrain including a scintillating jazz workout with fluid runs from Iommi, “Into the Void”, “Supernaut”, and a drum solo. The recordings, coupled with restorative excerpts from the 1970 Paris (filmed) and 1975 Asbury Park concerts, saw rerelease as the first disc of Past Lives in 2002 and continue to excite.

*A few more live albums/tracks worthy of a spin include:

“While Lightning and Wine” from Strange Euphoria (Heart)

One More from the Road (Lynyrd Skynyrd)

Love You Live (The Rolling Stones)