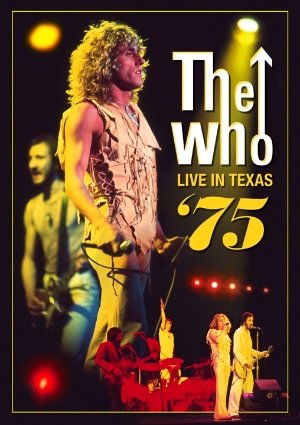 Coming as the opening night of the American leg of the By Numbers tour, The Who‘s November 20 performance at the Houston Summit captures the consummate expression of the group’s stage show. More satisfying by leagues than the entertaining but comparatively light Kilburn (1977) and London Coliseum (1969) or partial Charlton (1974) and Woodstock (1969) footage, the closed-circuit broadcast preserves an event for the ages as well as the inaugural rock concert for the venue, which opened only nineteen days earlier. Released in 2012 in its entirety as The Who: Live in Texas ’75, the document has since stood as the single greatest product the group has ever distributed. Offering a set list that reads like a greatest hits album and exceptional performances individually and collectively, it never fails to impress. The heretical exclusion of Quadrophenia material (save “Drowned”) notwithstanding, the show provides the most complete and enthralling representation of the The Who’s work as interpreted in concert.

Mercifully condensed to the essential material, Tommy resumes its role as the centerpiece in The Who’s stage act and receives a raging delivery here. The group wipes away any memory of an “Overture” in one of the strongest “Amazing Journey/Sparks” renditions on record, in which Townshend wrests stinging but lyrical lines from the guitar; he contributes particularly memorable, varied phrasing throughout the show. “We’re Not Gonna Take It” finishes the mini-set in similar fashion, rivalling the more-renowned versions from Woodstock and the Isle of Wight. “Drowned“, garnering tremendous efforts from Daltrey (especially during the instrumental lulls) and Moon, nevertheless surpasses this stretch for top honors on the night and, along with the incendiary final run from “Summertime Blues” through “Magic Bus/My Generation Blues”, may mark the greatest overall live work the band has ever released. Daltrey and Townshend, working together as well as ever, slip seamlessly into the grooving, slower segments in the encore medley before erupting. “Boris the Spider” (standard for the tour) and “However Much I Booze”, meanwhile, are nice inclusions previously exempted from The Who’s live catalog, though the former earned an appearance on the subscription-exclusive View from a Backstage Pass double album. Along with “Dreaming from the Waist”, these diversify the set list and help to enliven the familiar, tried opening of the concert.

Though not quite of official li 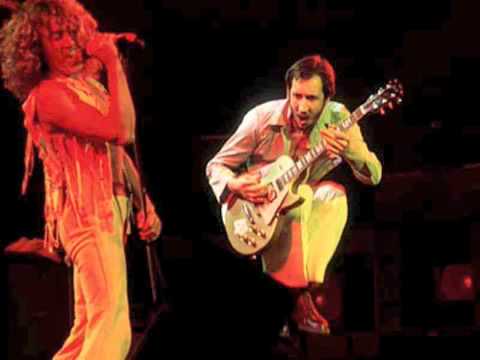 ve album quality (a realm in which The Who generally excels), the sound adequately conveys every aspect of the group’s pummeling display with depth and tonal breadth. Sourced from the in-house system, the video naturally lacks the coordination and clarity of the staged productions for The Kids Are Alright and Live at the Isle of Wight Festival 1970 but should not detract from the viewing experience for those even vaguely familiar with anything shot before 1995. Since its release, Live in Texas ’75 has retained its distinction as a vital, defining entry in The Who’s career.

3 thoughts on “The Who at the Summit”