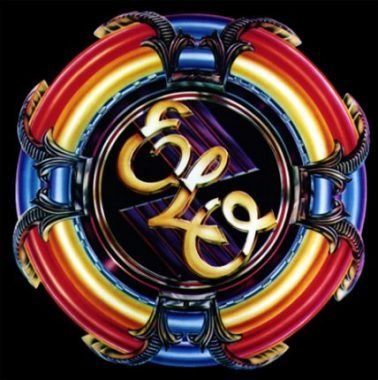 In light of the recent announcement that “Jeff Lynne’s Electric Light Orchestra” will be conducting its first U.S. tour since 1982, it seems appropriate to acknowledge Lynne and ELO’s startling artistic success in the 1970s. Though neither a “straight” hard rock band nor pop ploy, Electric Light Orchestra initially earned its title (for better or worse) as a “progressive” ensemble. The group’s ridiculous commercial dominance and radio presence, which has endured if not flourished in recent years due to licensing all over the place, can overshadow the degree of excellence with which Lynne and company produced record after record.

As deserving of his acclaim as just about any songwriter in popular music, Lynne had, by 1975, developed himself instrumentally, vocally, lyrically, and technologically into an unreasonably productive force. The sheer range of material he authored sets him apart from his contemporaries, as evidenced by the fact that “Fire On High”, “Evil Woman”, and “Strange Magic” all appear on one album (Face the Music) or, more impressively, that “Tightrope”, “Telephone Line”, and “Rockaria!” open an album side in sequence (A New World Record). Bound on the surface by strings, sympathetic production, and harmonies, the songs nevertheless covered a range of styles and were able to achieve distinct voices among ELO’s other six dozen hits. With Face the Music and A New World Record, Lynne arguably set a new bar for commercial music, compromising between undeniable pop allure and the instrumental and emotional demands of rock. Even singles as obvious as “Do Ya” (a holdover from The Move), “Livin’ Thing”, and Out of the Blue‘s “Sweet Talkin’ Woman” amounted to more than just excuses for Lynne’s choruses, working in stirring accompaniment and proving that a rock band could exude as much creativity and compositional ambition on a successful four-minute single as it could on a twenty-minute suite. Of course, these elements had been evident since 1972’s “10538 Overture” and 1973’s “Showdown”, the group’s most overtly rock-oriented singles, but the mid-1970s albums showed a consistency and judgment that, historically, could only be matched by Elvis Presley, The Beatles, The Bee Gees, and Michael Jackson in the pop world.

It helped that ELO had begun its career with lengthier, instrumentally complex recordings such as “In Old England Town (Boogie No. 2)”, “Kuiama”, and Grieg’s “In the Hall of the Mountain King”–ELO 2 was comprised of only five songs, the shortest of which ran seven minutes–which allowed the band to express its “progressive” urges before condensing those ideas into shorter, just-as-engrossing tracks. Accordingly, a natural progression can be traced from ELO 2‘s “Mama” to Eldorado‘s “Can’t Get It Out of My Head”, ELO’s first U.S. hit, to “Strange Magic” to “Turn to Stone” in which the instrumentation becomes somewhat more conservative but no less effective. In fact, the separation between Lynne and the orchestra practically vanishes by 1978, allowing less individuality in the instrumentation but tightening the overall sound. Lynne, no matter how commercially-successful, never deterred the instrumental depth in ELO, always writing with the full band/final product in mind rather than layering strings or effects as an afterthought. This gradual reassignment of the orchestra may not have boosted the collaborative spirit, but it did not affect the quality of the output or the significance of ELO’s advances until Lynne abruptly dismissed the string section altogether in 1979.

Out of the Blue and its accompanying, record-breaking tour thus marked the final full representation of ELO’s sound, though Lynne would meet artistic standards with 1979’s Discovery and its “Don’t Bring Me Down”, which was almost enough to justify disco’s survival. Lynne proved that he could craft memorable, solid songs by the dozen, spreading a lifetime’s worth of potential singles across Out of the Blue‘s four sides; incidentally, the album “only” spawned three transatlantic hits, though this was no reflection on the content. Notably, the group’s live sets still contained solo spots for cello and violin that shone a light on the virtuosity that brought Lynne’s ideas to fruition, even while the theatrical elements in the stage setup left no doubt as to ELO’s commercial stability. ELO’s stature in popular music has not really diminished since 1978, and a belated acceptance to a certain organization this year provided the group well-earned publicity. Whether Lynne could have sustained his pace into the 1980s with the strings in tow remains a matter for pure speculation, while the occasionally tepid reception to the commercial giant that produced Out of the Blue and Discovery is merely a matter of personal taste/prejudice. After all that, the lasting appeal among rock and pop fans alike largely comes down to the fact that taste tends to matter a lot less when something is done perfectly. To that end, there is little anyone can do about ELO’s continued relevance. 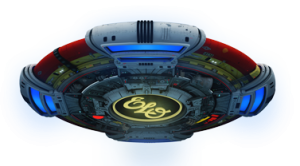