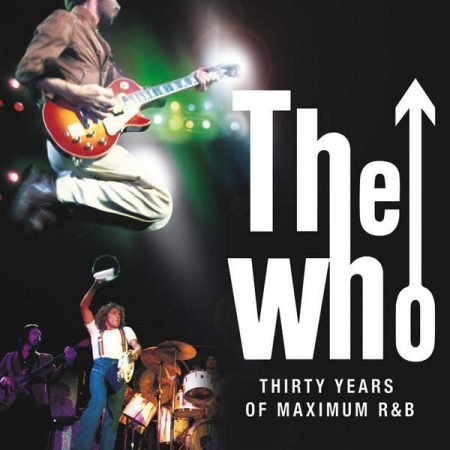 The Who‘s reputation as a live act notwithstanding, the actual process of enjoying a full-length Who concert that took place between 1967 and 1976 has represented one of the more unsettling ventures a rock fan can undertake. Immortalized first on the critically and commercially triumphant but heavily condensed Live at Leeds (1970), The Who’s work on stage is as vital as its work in the studio. Moreover, it could be argued that the definitive versions of most of the band’s songs come from the stage rather than the studio, even when no improvisation occurs. By this standard, the matter of The Who’s live work remains unresolved.

Recordings of complete performances have only been released from 1969, 1970, 1971, and 1975 tours, not counting the group’s semi-legitimate Kilburn show in 1977. 1968, the first “real”1 year of The Who on stage, has not been represented in any format, and 1973 did not make the cut until 2007, providing four tracks to date. The list continues, leaving 1972 with one, 1974 with seven, and 1976 with nine songs between audio and video. All together, these releases still make up a staggering sum, and The Who ranks among the most generous major rock acts in terms of live material offered to the public. However, the dearth2 in the critical years of 1968 and 1973, the former marking the group’s transition into “The Who” and the latter marking its artistic culmination, Quadrophenia, leaves out major aspects of The Who’s sound. Especially given the very healthy representation of Tommy material, which forms almost the entirety of five concert releases and a large portion of two others (1969-1975), this imbalance has provided several great recordings, like Hull, that show technical consistency but do not add much to The Who’s live output.

Things started out well enough with Live at Leeds and The Kids Are Alright (1979), which would have solidified The Who’s live command even if Pete Townshend had ordered every other concert tape destroyed. Each, in a sense, shows the group at one end of the spectrum, with Leeds presenting the matured but still rising band and Kids putting up a remarkable testament to the original lineup just as it ended. For all the distinctions in sound, health, or mood, the tracks on The Kids Are Alright ultimately meet the same musical standards. Jumping from “A Quick One While He’s Away” (1968) to Leeds‘ “Young Man Blues” (1970) to the “My Generation” medley (1975) to “My Wife” (1977), the same group shows up for each performance, and nothing is lost in effect. With brief glimpses of the pre-Tommy band and the final 1978 Shepperton footage included, Kids actually does complement Leeds perfectly and rounds out a near-complete image of the band’s live career. Of course, more would always be appreciated.

Following the resounding successes of Live at Leeds and The Kids Are Alright, The Who abandoned the notion of full-length live albums dating from Moon’s tenure. The subsequent haphazard approach to releasing live material that the band adopted for the 1980s and ’90s has rendered a complete collection of the Moon-era cuts unnecessarily difficult. Numerous tracks from a given concert were released–on multiple occasions–as part of compilations yet were rarely preserved, with different numbers from the same show popping up in place of one or two previously-released excerpts. Most aggrieving is the sheer quantity of releases that, consequently, results in some albums drifting off into obscurity. For example, the long-forgotten Two’s Missing compilation includes “My Wife” and Don Nix’s “Goin’ Down” as performed on December 13, 1971 at the San Francisco Civic Auditorium, one of two sources (along with the April 26 London show) for 1971 live material. The former track resurfaced on View from a Backstage Pass, while the latter received no such treatment and remains unavailable legitimately to almost everyone inclined to listen to it. Two’s Missing‘s equally-dismal predecessor, Who’s Missing, had included the performance of “Bargain” that was to reappear, isolated, on 1994’s Thirty Years of Maximum R&B. Ostensibly, the group’s first comprehensive box set would consolidate the existing studio and live recordings and throw in unreleased material from throughout the group’s career. This too proved difficult for the Who organization.

While Maximum R&B successfully culls the more recognizable and accomplished cuts from The Who’s studio albums, the set ultimately does as much harm as good. By custom, Quadrophenia pulls the short straw with only four tracks representing the colossal work–the same share as Who Are You–and no live material. The decision to intersperse unrelated live recordings mars efforts even more impressively than the scattered ’80s afterthoughts had, as the set effectively taunts listeners with the existence of tapes from San Francisco and London in 1971 and Swansea in 1976. Of the three shows, only the set from London’s Young Vic Theatre has seen a release in its entirety in the two decades that have elapsed; Disc Two also reminds fans of the professionally-captured Woodstock material that still remains beyond the mortal grasp. The accompanying release of Thirty Years of Maximum R&B Live, a video companion, only frustrates the ordeal further, introducing excerpts from the group’s 1970 and 1974 shows at, respectively, Massachusetts’ Tanglewood and the Charlton Athletic Football Grounds. The latter features, naturally, “Bell Boy” and “Drowned”, which would stand as the only Moon-era live recordings of Quadrophenia available legitimately until 2007’s View from a Backstage Pass. However, the Tanglewood material–“Heaven and Hell”, “I Can’t Explain”, and “Water”–was ultimately deemed unworthy and excised from the 2009 DVD re-release; Wolfgang’s Vault “liberated” most of the content more recently along with numerous other tapes from the venue. At least the concession of the 1970 Isle of Wight footage only mildly toyed with the emotions, as the full, acclaimed performance saw release on audio and video formats within five years.

The Who’s experiences with the video format, in general, have followed suit and taken awhile to reach any kind of resolution. Recent years, however, have seen the full release of the group’s 1969 London Coliseum, 1975 Houston, and 1977 Kilburn shows, more than making up for any previous issues. Though the 1978 Shepperton Studios footage did not accompany the Kilburn material, these video releases actually sum up the band’s live efforts even more effectively than Live at Leeds and The Kids Are Alright when considered together. Wanting in audio-visual quality, the Coliseum film nonetheless gives an honest, riveting representation of a Tommy-period concert and is more than just a “bonus” tacked on to the Kilburn DVD. The 1977 footage, while notable as some of the last including Moon, holds its own as well among the group’s prior releases, with “Dreaming from the Waist”, the aforementioned “My Wife”, and an excerpted “Who Are You” (seguing from “My Generation/Join Together”) distinguishing it. The Houston Summit footage, though, marks the real find, standing without question among The Who’s finest live work and the greatest concert releases in rock. An all-time great “Drowned”, particularly exhilarating versions of “Amazing Journey/Sparks” and “We’re Not Gonna Take It”, a “My Generation” medley including “Join Together”, “Naked Eye”, and Bo Diddley’s “Roadrunner”, and a well-above-average encore of “Magic Bus” with “My Generation Blues” make Live in Texas ’75 the strongest single live document from The Who’s career, officially released or otherwise.

1. “Real” in the sense that The Who moved up to longer and heavier headlining, (more) improvisation-oriented sets.                  2. At the very least, an incomplete but excellent soundboard from a Fillmore East stop in April 1968 and the broadcast-sourced Landover and Philadelphia (Tales from The Who) stops from 1973 circulate unofficially.

All sources containing officially-released stage recordings from 1965-1978 are llsted below, save the Monterey Pop and Woodstock films and albums and BBC Sessions.

“Bargain”, recorded in 1971 at the San Francisco Civic Auditorium, from Thirty Years of Maximum R&B: