Among the most artistically and commercially successful acts to break through in the 1970s, Heart established an undeniably heavy but versatile sound. With particularly impressive compositions and technical ability, the group assumed its place at the forefront of rock by the end of the decade and set a new bar for “guitar armies” with Roger Fisher, Nancy Wilson, and Howard Leese. Distinguished further by Ann Wilson’s uncompromising range and force, Heart emerged as one of the most musically-sound hard rock bands of the era. At worst, the group only definitively answered the call for an “American Led Zeppelin”. 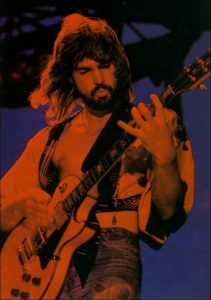 Perhaps the most underrated track from a long-overlooked band, one still relegated to novelty status based on the sex of ...
Read More