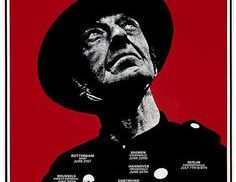 The least-publicized of Led Zeppelin‘s tours, the summer 1980 “Over Europe” trek saw the group roll across central Europe in preparation for a planned return to America that fall. Comprised of fourteen dates, only thirteen of which were ultimately fulfilled, the tour marked the final performances with John Bonham. With In Through the Out Door and … Continue reading Eye Thank Yew: Led Zeppelin Over Europe ’80

Copy and paste this URL into your WordPress site to embed

Copy and paste this code into your site to embed